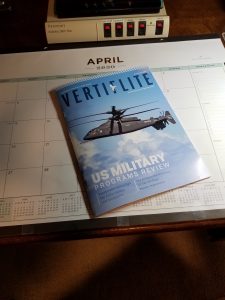 There is probably more going on in the vertical flight arena today than any time in the last forty to fifty years. Even if you work in a highly specialized field, you need to know what is happening throughout the arena. Vertiflite Magazine is your go to resource.  Read it from cover to cover. Vertiflite is published bimonthly by the Vertical Flight Society and is delivered free to dues-current members.  Please don’t make the mistake of thinking that you are a member who just hasn’t gotten around to paying dues. There is no such thing. Join VFS on line at vtol.org and get in line for Vertiflite’s next great issue.

2020 Engineer of the Year Awards

The Hampton Roads Chapter of the Vertical Flight Society (HRC of the VFS) is accepting and encouraging nominations for two Engineer of the Year awards:

Nominees must be current members of the Hampton Roads Chapter, which includes the entire state of Virginia excluding the metropolitan Washington, D.C., area  The nominations will be evaluated based on the nominee’s contributions to the rotary-wing engineering profession, significant technical accomplishments, and community involvement.

Applications must be received by May 29, 2020. More details on qualifications and nomination instructions can be found by clicking here. 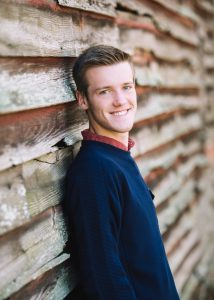 The Robert Powell Scholarship was established to honor the long time treasurer of the Hampton Roads Chapter whose stewardship of the chapter’s financial assets has enabled the chapter’s STEM outreach program, including its scholarship fund. The 2020 Robert Powell scholarship has been awarded to Samuel Doty, the son of Hilary and Michael Doty. Sam attends Summit Christian Academy and is an exemplary scholar, leader, and athlete. He is a Gold Medal of Achievement recipient from the Royal Rangers, the equivalent of a Boy Scouts of America Eagle Scout award. Sam also earned a near perfect SAT score to complement his impressive college level course load. Sam plans to pursue a degree in Mechanical Engineering from the Pennsylvania State University. 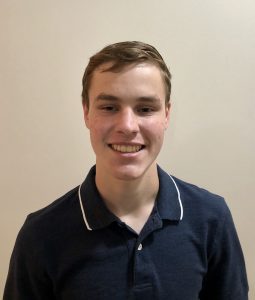 The Christopher Gavora Scholarship was established to honor the son of COL William Gavora, former Commander of the Aviation Applied Technology Directorate.  Chris was killed in a tragic high school baseball practice accident shortly after his family relocated from Hampton Roads to Texas.  The 2020 Christopher Gavora Scholarship has been awarded to Keith Butler, a student at Grafton High School.  Keith, the son of Katherine and Gary Butler, is a proven academic with collegiate level research experience at NASA Langley Research Center investigating human rated vehicle designs for NASA’s Mars mission. Keith is also a proven scholar, having taken an impressive number of AP courses and dual enrollment courses at TNCC, and earned a phenomenal ACT score. Keith plans to pursue a degree in Computer Science from the University of Virginia.

The Hampton Roads Chapter of the Vertical Flight Society is looking to fill out its Board of Representatives. The list of open positions is below, all dues-current members who are interested should respond to Mat Thomas (ahs.hrc.vp@gmail.com) or any other member of the board (contact details at https://vtol.org/who-we-are/our-chapters/chapter-officers2). As you can see, the board has been short staffed for a while, so we are looking to remedy that to continue to provide excellent conferences and feasts for the membership. The board has a lot of leeway to decide how to spend chapter funds and how to engage the local area with helicopter technology. If you have any good ideas or suggestions, then joining the board is a great way to turn those ideas into reality!  Chapter board meetings are held monthly from 1 p.m. to 2 p.m. on the first Wednesday of each month unless otherwise arranged.

The Robert L. Lichten Award is presented annually for the best technical presentation by a VFS member who has not previously  presented at the Forum or regional technical meetings.  The competition is carried out first at the regional level with the regional winners traveling to the Annual Forum for final presentations. The chapters in the Southeast Region include: Aberdeen Proving Ground; Cherry Point; Federal City; Hampton Roads; and Patuxent River. Seven abstracts were received all from students at the University of Maryland.  The regional competition will be conducted  January 8, 2020,  at the University of Maryland.

The Senior Division first place award winner was Peneeta Wojcik for her work studying the effects of cobalt nitrate thickness on the efficiency of an electrochemical cell. Her work showed a thicker cobalt nitrate layer deposited on top of a nickel substrate, allowed for an increased efficiency in separating hydrogen atoms from water. This work helps to enable future hydrogen fuel cell technologies. Second place award winner in the senior division was Bharath Kashyap who investigated wind turbine blade shapes on achievable power output. He kept a constant angle of attack, surface area, and airfoil, changing only the planform shape to determine the most efficient turbine for his wind conditions.

The awards were presented by the Chapter’s Education Director Dr. James Stephenson.