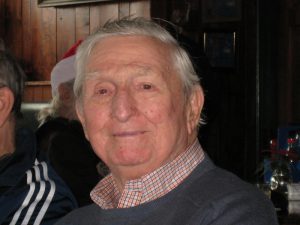 Robert D. Powell, Jr. (Bob) passed away August 6, 2018 at the age of 95. He was an American Helicopter Society 66-year Emeritus Member,a member of the President’s Club and a founding member of the Hampton Roads Chapter. He is credited with sponsoring over 400 new AHS members. He served many years as the Hampton Roads Chapter Treasurer and as the administrator for the annual Chapter-sponsored international technical meetings. He was primarily responsible for managing the chapter’s financial resources in a way that allowed the chapter to award college scholarships, support local science fairs and contribute to museums that have a substantial interest in educating the public about the history of rotorcraft and its role in civil and military applications.

Bob was a graduate of the University of Virginia and a US Navy aviator. Bob flew the F8F Bearcat on active duty and the F4U Corsair and F7F Tiger Cat with the Naval Air Reserves at Norfolk. He earned wings of the National Advisory Committee on Aeronautics (NACA) for his service at Langley Field in Hampton. At Langley he was primarily involved in testing helicopter rotors on the Langley hover stand. Shortly after NACA transitioned to the National Air and Space Administration (NASA) Bob, with several other helicopter engineers, transferred to the US Army Transportation Research Command (TRECOM), a forerunner of the Research, Development and Engineering Command (RDECOM) component still located at Fort Eustis, Virginia. There Bob continued to work as project engineer for helicopter research programs including Heavy Lift Helicopter, Integrated Technology Rotor and AH-1 rotor blade replacement programs, to mention just a few. After he retired from US Army civil service, he was employed for several years by Kaman Aerospace Corporation as their regional representative.

Funeral arrangements are being provided by Amory Funeral Home. The funeral will be held at Grace Episcopal Church in Yorktown on October 13 at 2:00 p.m.

The chapter has an established annual Robert D. Powell, Jr., scholarship that is awarded each year to an outstanding high school senior planning to enter a STEM-related college program.  Memorial contributions in Bob’s honor should be sent to Hampton Roads Chapter, P.O. Box 4249, Fort Eustis, Virginia 23604.  The family will be notified of your condolences and best wishes. 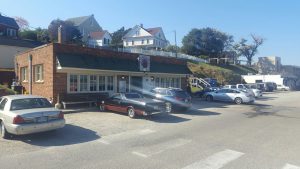 Old friends and coworker members of the VFS (of course, we still think AHS) get together on the 1st Monday of at least most months at the Yorktown Pub at 540 Water Street.  If you arrive at about 11:30 you will have a chance to chat, have lunch and, maybe, a brew and share the old times and catch up with what we are doing now.  Afterward is a great time to take a stroll down the historic York River beach.